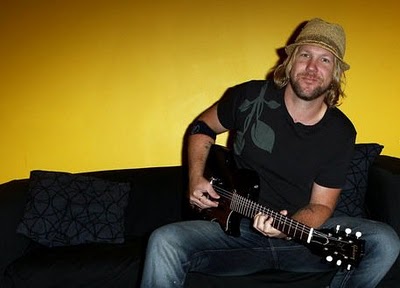 I have known Devon since 2007. He is a soulful singer and passionate guitar player. He also happens to be the son of Greg Allman of the legendary Allman Brothers Band. This being said he has made his own path and found his own place in music.

I have found it interesting to see the evolution of Devon’s career over the last few years. This interview was from a while back and I thought it was an interesting point to listen to him talk about his expectations for 2012 and to now realize that they have already come to fruition.

Devon talks about how he built a local following and expanded from there. With hard work and a lot of touring find out what has paid off the most for Devon!

Check out Devon Allman’s new project Royal Southern Brotherhood. The album was released in May and went straight to #5 on the billboard charts. They are now starting on a world tour.
www.royalsouthernbrotherhood.com

Here is the wikipedia bio:)

Devon Allman (born August 10, 1972) is a vocalist, guitarist, keyboardist and songwriter. He is also the founder and bandleader of Honeytribe, (also known as Devon Allman’s Honeytribe). In addition to creating two albums and leading multiple tours across North America and Europe with Honeytribe, Devon has also contributed to several other musical recordings, including Vargas Blues Band and the A Song for My Father compilation album. Devon has also appeared occasionally as a guest musician for both Gregg Allman and The Allman Brothers Band.